Install Knockr (Beta) App. from Google Play!
Not officially available yet / Not available. 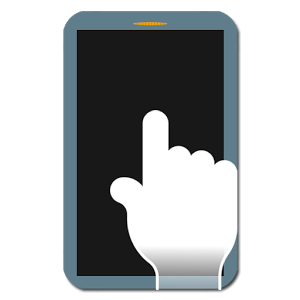 Knockr gives you quick access to your favorite apps with Gestures or Knocks (Knock Code) from anywhere.

The lock screen feature of Knockr is designed for all devices and will listen for Gestures or Knocks. Lock screen utilizes the palette class to pull colors from your background and apply them to the camera button and the nav bar (Lollipop only). On Android Lollipop devices you can control media right from the lock screen. The lock screen will also take on the colors of the Album artwork.

Knockr on OLED devices can mimic the screen being turned off while still listening for Gestures or Knocks, with black screen. Tasker Integration gives you even more control of Knockr Black Screen. Use Tasker to set the parameters you want for Knockr Black Screen to open/pause. The three options you can choose for Tasker to control are on, off and toggle. On launches Knockr. Off closes Knockr completely. Toggle option toggles Knockr sleep (release and reset the screen wake) the same way that the 'Power Management' option does. When using Tasker integration it is recommended to switch Knockr off in the settings and uncheck power management if using the toggle feature.

Knocks are limited to 3 unless a donation is made and then they are unlimited.


Known issues:
Power button doesn't turn screen on as expected (The power button isn't possible to be overridden in Android, so there is no way to fix this).
Lockscreen Background doesn't show correctly when using the Google Now Launcher (Lockscreen Mode. The wallpaper aligns to the third page of the launcher. This seems to be a vestige from the old android launcher).
Notification LED doesn't show when using black screen (This happens because the screen isn't turned off fully).
Developer: Angs Apps

iPhone 7 Plus vs Google Pixel XL Full Comparison
Did the iPhone 7 survive our water test?
Complete list of devices which will be upgraded to Android L OS
How to transfer data from your old iPhone to your new iPhone 6
Apple iPhone 6 vs Google Nexus 5 vs Google Nexus 4

All are PDF files that require Adobe Acrobat Viewer for viewing.
Click here to download the viewer.


© 2020 CellPhonesGuide.net. All Rights Reserved. Design: EVIDWEB
Google, Google Play, Android and other marks are trademarks of Google Inc. and shared by Google and used according to terms described in the Creative Commons 3.0 Attribution License.