LG G2 is an Android smartphone developed by LG Electronics. Serving as a successor to 2012's Optimus G and the 2013 Optimus G Pro phablet, the G2 was unveiled at a press event in New York City on August 7, 2013, and first released in September 2013. The G2 is primarily distinguished by software features that LG billed would "learn" from users, a high fidelity sound system designed to produce higher quality audio, a 5.2 in (130 mm) 1080p screen with technology that the company claimed would improve energy efficiency and reduce the size of the bezel around it, along with the unique placement of its power and volume keys-eschewing their typical location on the edge of a smartphone by placing them on the rear below the camera lens.

The device was released to mostly positive reception; the G2 was universally praised for LG's efforts to produce a more seamless and compact design, its high performance, the quality of its display and camera, along with its long-lasting battery. Critics were divided on certain aspects of its design, such as its rear button layout, and its plastic chassis-which was panned for closely resembling recent Samsung Galaxy products and being a regression from the glass-based chassis of the Optimus G. Similarly, while its software and user interface was praised for its usability and large number of customization options, some reviewers felt that the software suffered from feature creep and contained notable usability regressions in comparison to "stock" Android.

Sales of the G2 exceeded LG's estimates; in late-December 2013, a Korean news agency reported that at least 3 million units of the G2 had been sold worldwide.

iPhone 7 Plus vs Google Pixel XL Full Comparison
Did the iPhone 7 survive our water test?
Complete list of devices which will be upgraded to Android L OS
How to transfer data from your old iPhone to your new iPhone 6
Apple iPhone 6 vs Google Nexus 5 vs Google Nexus 4 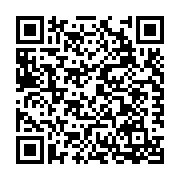 All are PDF files that require Adobe Acrobat Viewer for viewing.
Click here to download the viewer.


© 2020 CellPhonesGuide.net. All Rights Reserved. Design: EVIDWEB
Google, Google Play, Android and other marks are trademarks of Google Inc. and shared by Google and used according to terms described in the Creative Commons 3.0 Attribution License.